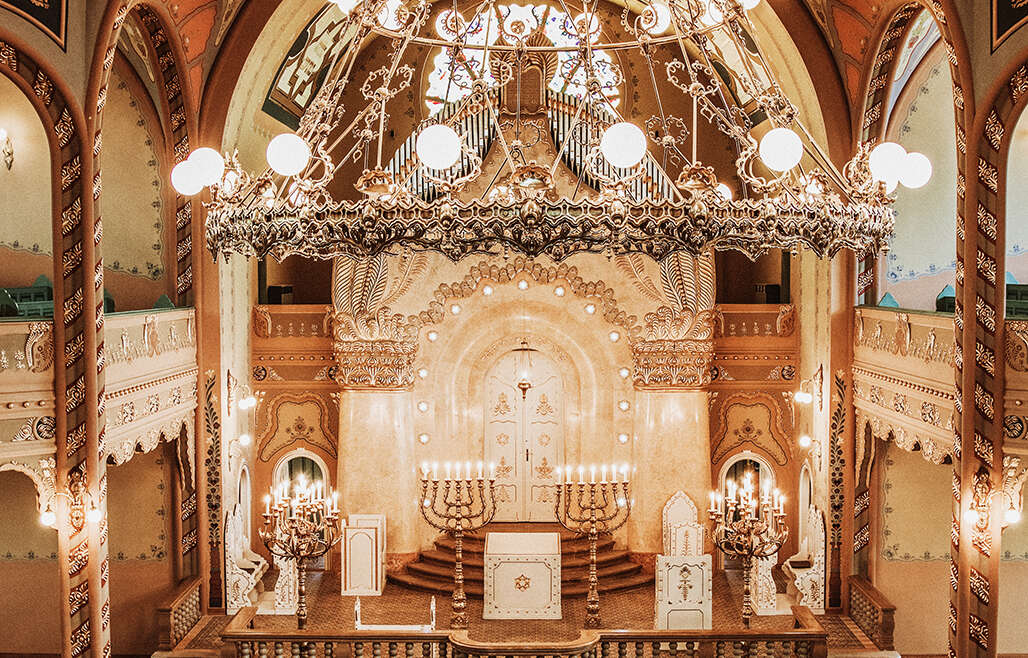 I am contemplating the implications of two stormy Friday evenings,
followed by three Friday evenings in “lockdown”, and now another Friday
evening storm. From a positive perspective, hopefully, this has given us
time to better observe the Sabbath in hearth and home.

Here is this week’s D’var Torah:

Our parashah describes the creation of the Mishkan and its various furnishings. Chief among them is the ark, fashioned of acacia wood and overlaid with gold, adorned with a golden cover and golden cherubs. God gives Moshe explicit instructions regarding the contents of the ark: “Place in the ark the covenant that I will give to you” (Exodus 25:16). The term for Covenant, edut, is elsewhere referred to as luchot haedut (the tablets of the covenant) and is a reference to the stone tablets engraved with the Ten Commandments. Indeed the purpose of the ark, which was installed in the holiest part of the Tabernacle, was to house the tablets given to Moshe on Mount Sinai. But the Torah and midrash note that several other items were stored in the ark as well, each of which played a symbolic role. What were these items, why were they given such pride of place, and what is their legacy for us today?

Earlier in the book of Exodus, God instructed Moshe concerning the placement of a jar of manna alongside the tablets of the covenant. Following the splitting of the sea, when the people entered the wilderness and first complained about the lack of food, God promised to “rain down bread from the sky” (16:4) which the people could then gather each morning. After the first manna began to fall, God commanded Moshe to preserve some of it throughout the generations, an instruction that Moshe then imparted to Aaron. The Torah explains that Aaron placed the manna “before the Covenant (edut),” referring to the ark (16:34). Of course, the Tabernacle did not yet exist when God charged Moshe to preserve the jar of manna, and so it could not have been placed there immediately. The midrash (Mekhilta 16:33) explains that it was during the second year of the Israelites’ wanderings, when the Tabernacle was constructed, that Aaron placed the jar of manna in the ark. The manna was thus present in the ark both throughout the Israelites’ desert wanderings, and after they entered the promised land when the manna ceased to fall.

The rabbis of the midrash speculate on the purpose of this jar of manna. Rabbi Yehoshua explains that it was for the sake of the generation that traveled through the wilderness. Although the manna fell every day, the people were permitted to gather only enough manna for that day alone; if they gathered an extra portion, it would spoil. The manna in the ark was thus inherently miraculous since it remained preserved over time. Since the manna that fell from the heavens was inherently perishable, the people had to have faith, each day, that new manna would fall again tomorrow. Perhaps for the generation in the wilderness, the jar of manna was meant as a reminder that God who had provided for them one day previously would continue to provide for them the next day, and they needed only to trust in His providence.

Unlike Rabbi Yehoshua, Rabbi Eliezer explains that the jar of manna was intended for future generations. The manna fell only until the Israelites reached the border of the Promised Land; once they entered Canaan, God ceased to nourish them directly, and the people had to find their own sustenance. Perhaps the jar of manna served to remind the Israelites, who had conquered the land, that God would continue to provide for them as He had in the wilderness, so long as they fulfilled the Torah’s teachings: “If you obey the commandments… I will grant rain for your land in its season… You shall gather in your new grain… and you shall eat your fill” (Deuteronomy 11:13-15). So long as the people keep God’s Torah, God will ensure that they have food to eat.

The midrash dramatizes this point by imagining a dialogue in which Jeremiah rebukes the people for failing to study Torah. The people respond by asking, “How will we feed ourselves if we spend our time studying instead of working the land?” Jeremiah then takes out the jar of manna and says to them, “Your ancestors, who studied Torah, see how they were fed. You too, if you study Torah, God will feed you.” The manna is thus stored next to the tablets because each represents one side of the covenant – so long as we study the Torah in the tablets, God will provide sustenance like the manna in the jar.

The Talmud (Menachot 99a) teaches that the ark also housed the original set of tablets, which Moshe shattered when he descended Mount Sinai to find the people worshipping the golden calf. This Talmudic reading is based on a verse in Deuteronomy (10:2) in which God instructs Moshe to place the tablets in the ark: “And I will write on the tablets the words that were on the first tablets, which you broke, and you shall put them in the ark.” The plural “them” is understood as a reference to both sets of tablets. The Talmud associates the broken tablets with the Torah we learn and then forget, and the rabbis remark that the placement of the broken tablets in the ark teaches that even a scholar who forgets his or her Torah must be treated with respect. No one intends to forget what he or she learns, but inevitably it happens even to the best of us. Likewise, the first set of tablets were not intended to be shattered; they were shattered by a leader who fell prey to his fury in the heat of the moment. The broken tablets thus represent the covenantal relationship as it is sometimes lived out by fallible human beings. We try to keep God’s Torah, but sometimes we end up violating and shattering it.

The midrashic tradition references at least two other items that were also stored in the ark – Aaron’s staff, which flowered during the rebellion of Korach, and the oil used to anoint the high priests. We might think of the staff and the oil as a pair – both represent the reverence accorded to our religious leaders. But the jar of manna and the broken tablets may be regarded as a pair as well: The manna represents the idealized covenant, in which God provides directly for the people and the people study God’s Torah faithfully; and the broken tablets represent the abrogation of the covenant when the people strayed. Both were housed in the ark because the Tabernacle was a meeting point for God and human beings, whose connection is sometimes satisfying and sustaining, but at other times fractured and fraught. The ark—two and a half cubits long and a cubit wide, as we learn in our parashah—had ample space for both.

Canada’s Friendliest Cities and Towns of 2021

a word from our president